According to law.com, a hit-and-run is defined as:

“…the crime of a driver of a vehicle who is involved in a collision with another vehicle, property or human being, who knowingly fails to stop to give his/her name, license number and other information as required by statute to the injured party, a witness or law enforcement officers…”

In layman’s terms, if someone causes an accident that damages persons, property, or another vehicle, they are required to stop, identify themselves, and help the injured (by activating emergency services).

According to the US DOT National HIghway Traffic Safety Administration (NHTSA), 11 out of every 100 traffic collisions are hit-and run-accidents. 4.3% of those are fatal accidents.

Most state laws generally refer to a hit and run accident as “leaving the scene of an accident without first stopping to render aid.” Rendering aid means helping those that may be injured, and activating EMS and police when the situation calls for it. This also includes providing accurate contact information and insurance information to the other parties involved in the accident.

Fleeing the scene of an accident is a crime in all 50 states. That crime may be a felony or a misdemeanor, based on the specific details of the accident, and both of those are punishable with jail time and substantial fines. Also, depending on the circumstances, a driver may be able to get probation or community service instead of serving jail time.

Unfortunately, the very nature of a hit-and-run is the root of the problem. It is not too often that hit-and-run drivers are caught and held responsible. They hit. They run. Then they hide. In most cases the driver flees the scene so quickly, an injured driver may not even catch a glimpse of them or the vehicle. Without enough information to track down the driver, it becomes very challenging for the victims in the accidents to get the justice they deserve. 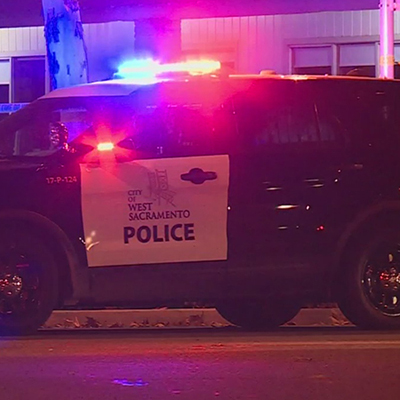 In this article, we’ll answer the following questions:

Why Do Drivers Hit and Run?

In the most basic sense, drivers run because they don’t want to be held responsible for their actions. They are selfish, and ar putting their wants over the needs – and safety! – of others. Hit and run drivers occur from all walks of life, all demographics, classes, and areas. They could be teachers, doctors, teenagers, soccer moms, you name it. And their reasons for hitting and running are just as diverse.

According to the Criminal Section of the American Bar Association, the most common reasons drivers flee are:

Identifying and Locating the Hit and Run Driver

Since fleeing the scene of an accident is a crime, the police will be available to help you. When it comes to identifying and apprehending a hit-and-run driver, local law enforcement will be a good resource.

In theory, this is great. In practice, however, it is often not the case. Unless the accident results in major injuries or a fatality, it is low priority for police response. The police department will typically assign your case to the traffic division.

If the accident is severe enough for the police to take action, and if you are able to ID the car and or driver, they will likely begin a criminal investigation. Unfortunately, the victims of hit and run accidents are not often able to get a good description or vehicle information, so the police being able to locate the individual is unlikely.

FIVE THINGS YOU MUST DO FOLLOWING AN ACCIDENT

It is common in hit-and-run accidents for the victim to be unable to describe the other driver, vehicle, or lisence plate. Even if the license plate number identifies the owner of the vehicle, the police may not be able to confirm if the owner was actually the one driving the vehicle at the time of the incident.

Under criminal law, to convict a person, the state must prove the defendant’s guilt beyond a reasonable doubt. Anyone could have driven the car. At least, that’s what the defense attorney will say.

Other ways to identify the owner and the driver:

Eyewitness accounts can be incredibly powerful evidence. If a Good Samaritan stops at the scene, s/he might have been able to record the plate number, vehicle and driver description. If you are able to present that information to the police, its is difficult for them to assign a lower priority to your case.

Knock on doors– this is a tried and true method of investigation. Regardless of the area the accident happened in, local home or business owners may have information that could help your claim. Perhaps someone is familiar with the driver or vehicle, or if you live in a smaller neighborhood, its possible someone knows the owner of the vehicle just from a basic description of the car. A local might have witnessed the other driver speeding away from the incident. You never know how much people have seen in the area, and when asked about the incident, you may discover that you have some powerful testimony on your side. 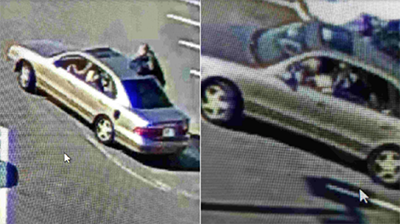 It’s also a good idea to as if any of the local home or business owners user video surveillance on their property. It’s very possible that the vehicle was recorded somewhere, and perhaps even the accident itself. A camera in a business’s parking lot, for example, might have captured images of the driver entering or exiting the business, or even their license plate as they drove through the parking lot. If a business owner refuses to give you access to the tapes, your attorney can subpoena them as part of your lawsuit.

It’s important to be tenacious. You might be able to track down the owner of the vehicle through DMV if you have the plate number. While identifying the vehicle’s owner may not be enough to arrest him or her, it can help you in filing a claim against their insurance company.  Regrettably, DMV does not keep records matching vehicle to their insurance providers.

Even if you are successful at identifying the owner of the car that hit you, they may not actually admit to the collision. And in that case, it as likely they will not willingly give you their insurance information. In this situation, it is in your best interest to retain an attorney to help you. Because attorneys base their legal fees on a percentage of the settlement or court verdict, your damages (medical bills, out-of-pocket expenses, lost wages, and pain and suffering) must be significant enough to make taking the case worthwhile.

If the lawyer believes that there are enough damages and enough evidence to make the case worth it, then he or she will file suit and subpoena the vehicle owner for a deposition. During the deposition (which is a recorded statement given under oath) you attorney will question this individual about who was driving the vehicle at the time of the accident, who the insurance company is, and much more.

And before you protest, that this individual can “just lie,” Lying under oath is called perjury and is a felony in all 50 states. In most cases, the consequences of perjury are enough of a motivator that the driver will give up the requested information. 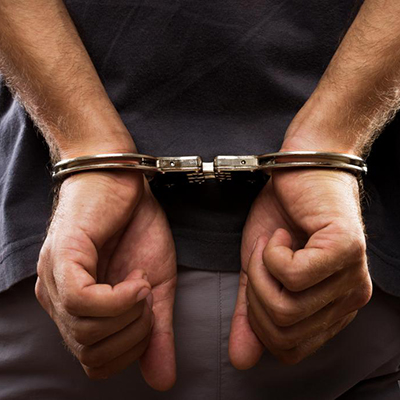 In a criminal case when the driver has no insurance, and he acted without the owner’s criminal involvement, the victim has two ways to seek compensation. In many states, the prosecutor’s office has access to a victims’ compensation fund. The fund is available to victims in cases when the defendant had no insurance or personal funds to compensate the victim.

If you have suffered injuries or property damage from a hit and run accident, and the other driver was arrested, be sure to get in touch with the district attorney’s office. Ideally, you want to speak with the attorney assigned to your case, and they will probably contact you eventually, but its much better to be proactive.

We recommend asking about the victims compensation fund in addition to making it clear that you object to the defendant receiving probation, unless compensation for you is a part of that arrangement.

Civil cases are a bit different than criminal cases. Both the driver and owner of the vehicle are the responsible parties in a civil case. Even if the car’s owners was not actually driving the car at the time of the accident, merely having ownership of the vehicle makes him or her responsible for a portion of the damages. This is also true of drivers operating a company vehicle – the company may have partial liability. In a civil case, both the driver and the owner are the responsible parties. 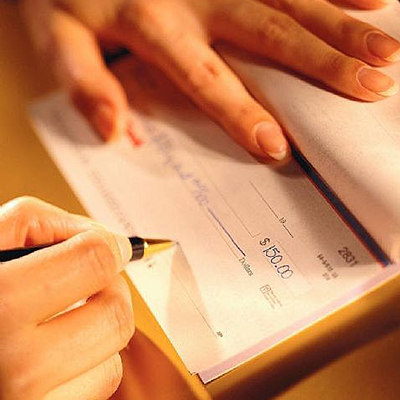 The extent of liability the car’s owner has depends on a variety of factors. Here are just a few examples:

In cases like these, simply allowing the driver to operate his vehicle is an act of negligence.

There are, of course, exceptions to the vehicle owner’s liability. Unauthorized use, or car theft would protect the owner from liability.

In regard civil liability cases, it’s a driver’s legal duty of care (responsibility or obligation) to operate their vehicle safely while exercising “due regard” for the wellbeing and safety of others. Common law established the legal duty of care. Common law is a combination of statutes and court cases built up over almost 100 years in the United States.

In nearly all hit-and-run cases, drivers flee for the reasons we listed near the beginning of this article, but also because his or her own negligent driving caused the accident. “Negligent Driving” can take many forms, including, but not limited to:

“Negligent driving is a breach (violation) of the driver’s duty of care.”

When you are able to prove that your accident was directly related to the other driver’s negligence, and thus your injuries, the law says that in most cases, the negligent driver is required to compensate you for your damages.

Dealing With Your Insurance Company 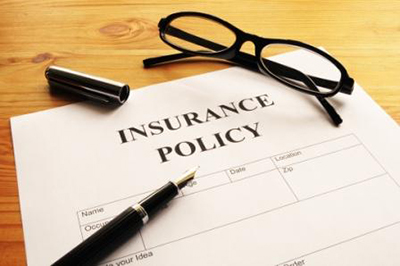 If you live in a traditional liability or tort state, like California, and have an un- or under-insured motorist policy, then that should cover your damages to the extent that your policy allows. Unfortunately, if you do not carry UIM coverage, it can be incredibly difficult to recover financial compensation for your injuries and losses.

Also check your homeowner’s policy. It might have a provision covering extraneous events. If not, you have to keep up the hunt for the hit and run driver. Remember, there’s a statute of limitations period in California – it’s two years from the date of the accident. This varies by state, and claims against municipalities or government entities has a statute of limitations of only six months. If you are unable to locate the other driver and settle your case, than you might be out of luck.

No matter the exact details of a hit-and-run accident, it’s in your best interest to have someone on your side, looking out for your rights and interests. The Law Offices of Zappettini and Bradley off a FREE case evaluation for hit-and-run victims, and we’ve helped many before get the compensation they deserve. We work on a contingency fee basis, which means we don’t get paid until you do, and that ensures we are motivated to helping you win your case.

Need legal help? Our Sacramento car accident attorneys and Sacramento personal injury lawyers are available to help whenever, and wherever, you need it. Contact the Law Offices of Zappettini and Bradley today for a FREE CONSULTATION.