The Law Offices of Zappettini and Bradley holds drugged and intoxicated drivers accountable. However, before a victim is able to recover compensation, it must be first proven that the other driver was under the influence of drugs while driving.

Judicial Council of California Criminal Jury Instructions (“CALCRIM”) 2100 – Driving Under the Influence [of Marijuana]. (“A person is under the influence if, as a result of (drinking [or consuming] an alcoholic beverage/ [and/or] taking a drug), his or her mental or physical abilities are so impaired that he or she is no longer able to drive a vehicle with the caution of a sober person, using ordinary care, under similar circumstances.”)

See also People v. Enriquez (1996) 42 Cal.App.4th 661, 49 Cal.Rptr.2d 710 (“To be ‘under the influence’ within the meaning of the Vehicle Code [including Vehicle Code 23152(e) VC], the … drug(s) must have so far affected the nervous system, the brain, or muscles as to impair to an appreciable degree the ability to operate a vehicle in a manner like that of an ordinarily prudent and cautious person in full possession of his faculties.”).

There is no “legal limit” in California. So any amount of controlled substance or drug is detected in the blood while driving is illegal. Also, a person cannot claim that they were legally entitled to use the controlled substance and thus justify driving while under the influence. This is becoming a more and more common argument with the legalization of medical and recreational marijuana in California. Just like alcohol, even though it IS legal to purchase and consume, you cannot drive under its influence.

Proving a Driver is Intoxicated

As with proving drunk driving, It can be easy to tell if an individual is intoxicated by the way they are speaking and behaving. If you are ever involved in an accident, make sure to note the behavior of the other driver if you are able to. Some obvious signs of drug intoxication are: 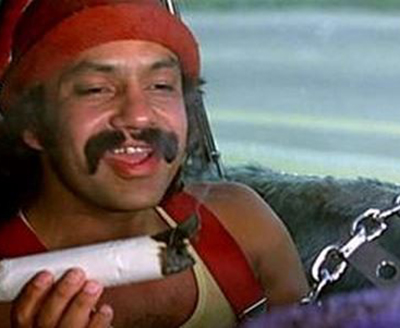 If it’s possible, try to make clear notes, or ask someone to help you, regarding your observations. Gather as much information about the other driver as you can. If there are witnesses, get their information so that they may be able to be contacted and they can corroborate your account.

Police officers are trained to spot intoxication right away, and upon their initial survey of the accident scene, they will be addressing all parties involved. Sometimes the person suspected of being drunk is arrested then and there, and sometimes there must be evidence gathered in order to prove intoxication.

The police report is likely the most important document in a DUI conviction. It generally has enough evidence in it to justify the arrest and conviction of the driver.

If you or a loved one were hit by a drugged driver, contact our experienced car accident attorneys today. Let us help you obtain the full amount of compensation for your claim. While no amount of money will make things right, we can at least help you move on with your life after a drunk driving accident. Call us today at (916) 457-5022 or fill out our online contact form.